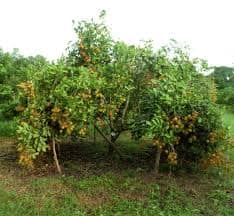 2 en 1 Historia y Salud RAMBUTAN. .. ? Ó MAMONCILLO CHINO, lo conoces? Salud En un estudio publicado en julio del 2017, se plantea que se valoraron los efectos anti-diabéticos de determinados componentes de la cáscara del Rambután. Este estudio fue ejecutado en ratones que padecían la diabetes y se valoró su comportamiento, siendo este catalogado como positivo. Específicamente se dictaminaba que quedaba demostrado que el extracto fenólico de piel de rambután (RPP) demuestra altas actividades antioxidantes y antiglicalización in vitro e in vivo, específicamente para ratones con diabetes del tipo II, inducida por estreptozotocina combinada con una dieta alta en grasas. Los resultados… More
History and Health RAMBUTAN. …. Chinese MAMONCILLO, do you know him? Cheers In a study published in July 2017, it is proposed that the anti-diabetic effects of certain components of the Rambutan peel were evaluated. This study was executed in mice suffering from diabetes and their behavior was valued, with it being tested positive. Specifically it was found that the phenolic extract of rambutan skin (RPP) demonstrates high antioxidant activities and in vitro and in vivo antiglicalization, specifically for mice with type II diabetes, induced by streptozotocin combined with a high fat diet. Results showed that it significantly reduced serum levels of total cholesterol, triglycerides, creatinine, and glucosylated serum protein, thanks to consumption of rambutan’s shell components. In short, the study showed that the rambutan peel has a powerful free radical removal activity due to its phenolic content. But, there is still no evidence that it applies to humans. Rambutans are consumed more frequently directly, after opening the fruit ripping the skin, or cutting through the medium and extracting the inside that does not cling to the skin. Peeled fruits are occasionally stewed as dessert. They are also preserved in syrup on a limited scale. Malaysia preserves itself, first the peeled fruit to separate the pulp from seeds. After cold, the test is discarded and the seeds are boiled only until they are soft. They are combined with pulp and quite sugar for about 20 minutes, and 3 odor nails can be added before sealing in jars. Seeds are sometimes roasted and consumed in the Philippines, even though they have a reputation for being raw poisonous. History of history Rambutan is originally from Malaysia and usually grown across the archipelago and Southeast Asia. Many years ago, Arab traders introduced it to Zanzibar and Pemba. There are limited plantations in India, a few trees in Suriname, and in the coastal lowlands of Colombia, Ecuador, Honduras, Costa Rica, Trinidad and Cuba. Some fruits are marketed in Costa Rica. Rambutan was taken to Indonesia’s Philippines in 1912. Other introductions were made in 1920 (Indonesia) and 1930 (Malaya), but until 1950 its distribution was quite limited. Then popular demand sparked systematic efforts to improve cultivation and led to the creation of many commercial plantations in the provinces of Batangas, Cavite, Davan, Iloilo, Laguna, Eastern Mindoro and Zamboanga. The seeds were imported into the United States of Java in 1906, but the species is not grown in this country. · 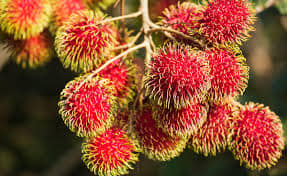 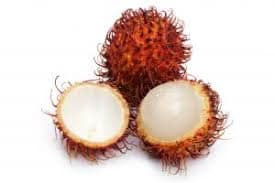 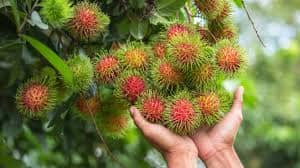 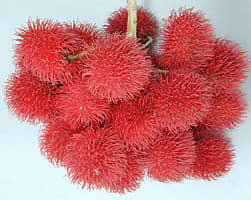