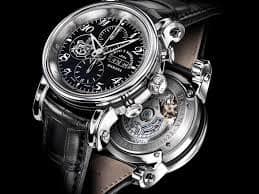 UN RELOJ SUIZO NACIDO EN LA HABANA. CUERVO Y SOBRINOS S.A DA LA HORA… Existe en La Habana, alrededor de Cuervo y Sobrinos, un halo de leyenda. Algunos recuerdan la joyería con nostalgia, otros -los más jóvenes- no saben que existió. Algunos sacan de su armario viejos relojes de bolsillo que pertenecieron a padres o abuelos, otros recuerdan haberlos vendido o intercambiado por necesidad. Hay quienes recibieron anillos de compromiso en la joyería, hay quienes heredaron esa joya familiar. Cuervo y Sobrinos no es solo una antigua marca cubana de relojes resucitada en los 90. En 1917 era la joyería más acreditada de la isla, lo que no quiere decir la más cara. Tenían un rango de productos para… More
BODY AND NEPHEWS S. A GIVE THE TIME… There is in Havana, around Crow and Nephews, a halo of legend. Some remember jewelry with nostalgia, others-the younger ones-don’t know it existed. Some pull out of their closet old pocket watches that belonged to parents or grandparents, others remember selling them or exchanging them out of necessity. There are those who received engagement rings at the jewelry store, there are those who inherited that family jewel. Raven and Nephews isn’t just an ancient Cuban brand of watches resurrected in the 90. s. In 1917 it was the most accredited jewelry on the island, which doesn’t mean the most expensive. They had a range of products for all tastes. Any habanero could carry a pocket watch with the registration Crow and Nephews, from the driver of the bus (truck in Cuban) to the Minister of Agriculture. Her most famous slogan: ′′ No matter what figures your budget reach. A present for every economic possibility and an object for every taste. Also… your gift will be printed with the traditional signature prestige «. The story begins when in 1885 Don Ram ónn Ram írez Cuervo, master watchmaker and jeweler, covers on Calle Walla in downtown Havana his first luxury jewelry and workshop. At first, Don Ram ónn was dedicated to repairing watches and jewelry. Later, seeing the potential of the business, it becomes an exclusive importer for Cuba of pocket watches from brands recognized as Longines and Roskopf. But momentum takes it when his nephew Armando F. Rio and Crow-after migrating from Oviedo and spending a season in Mexico-gets to work with his uncle. Jewelry reaches the renown that survives still today. Don Armando’s idea of customizing imported watches with the brand of Crow and Nephews and announcing himself as ′′ The Jewelers of Trust «, make them already for 1917 ′′ one of Cuba’s strongest commercial entities «. precisely It’s that double brand the collectors are looking for. Cuba’s blue book mentions that for 1917 the company’s equity was 400.000 pesos and average sales about 360.000 pesos. For 50 years the company Habanera consolidated and for the 40’s and part of the 50’s reach its highest height. Personalities such as Hemingway, Caruso or Gary Cooper become frequent customers. With the triumph of the Cuban revolution, the Cuervo family leaves the island. Government is the new owner of the name and local. Although the original jewelry becomes a convenience store called Prague since 1959, there are several customized watch pieces beyond this date. There are clocks that were mounted for the Armed Forces for the liberation of Angola-a war in which Cuba participated-with the inscription Crow and Nephews and also carrying the FAPLA shield printed. It’s a 1987 Raven with ENICAR AR-161. movement In 1997 Luca Musumeci, a specialist in ancient watches, purchased the rights to the brand and along with Italian entrepreneur Marzio Villa, have revived that nostalgia for the Caribbean, music and Havano. Inheriting from the mark a past burdened with Cuban history, in 2002 Crow and Nephews relaunch as manufacturer and distributor of high-watch parts. Currently the head office is located in Capolago, Switzerland. Across the world, in Havana, Cuba, the boutique El Cloj Cuervo y Nephews is inaugurated. In a remodeled house of 1905, the Art Dec ó atmosphere is recovered and visitors can, in addition to acquiring a Crow and Nephews, taste a pure accompanied by a glass of rum. With the opening of the boutique in 2009, a special edition of the already famous Historian has been created that can only be purchased in Cuba-exclusive series of Havana-the only luxury boutique that lives in revolutionary Cuba. · 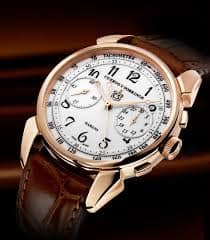 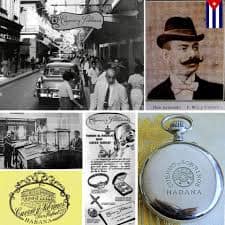 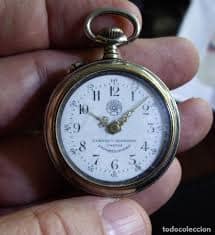 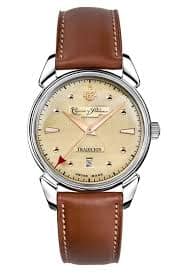