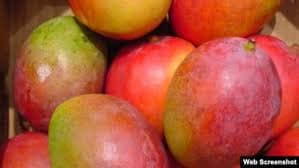 MANGO… HISTORIA Y SALUD… Historia El árbol del mango ha sido objeto de gran veneración en la India y sus frutos constituyen un artículo estimado como comestible a través de los tiempos, esta veneración llegó hasta el punto que se consideraba que el mango era una transformación de “Prajapati, Señor de las Criaturas”, un dios que presidía la procreación. Se conoce que en 1909 se inició en Cuba el uso del injerto como forma de propagación agámica de los frutales y en el caso del mango un año después se introdujeron 100 injertos del cultivar Mulgoba, los que fueron plantados en Santiago de las Vegas en la provincia La Habana. Antes de introducir esta nueva forma de propagación se utilizaba… More
STORY AND HEALTH… History of history The mango tree has been subject to great reverence in India and its fruits are an article estimated to be edible through the times, this reverence reached the point that the mango was considered to be a transformation of ′′ Prajapati, Lord of the Creatures «, a god who presided over procreation. It is known that in 1909 the use of graft as a form of agamic fruit propagation began in Cuba and in the case of mango a year later, 100 grafts of cultivar Mulgoba were introduced, which were planted in Santiago de las Vegas in Havana Province. Before introducing this new form of spread, seed was used, bringing with it a considerable increase in the number of new forms. By this time the Filipino and Chinese mangoes were known in the fruit stores of the capital. In 1912 and 1913, Haden cultivar was imported from the state of Florida. Already in 1915 there were 37 cultivars introduced in the country. Subsequent new ones emerged from seeds of the imported ones: San Diego, Delicias. Super Haden, Queen of Mayebe, San Felipe, Santa Cruz. The National Fruit Station is studying the productive and phenological behavior, as well as the quality of the cultivars selected for the country’s main mango producing regions, seeking possibilities for using a larger number of cultivars from different harvesting dates for diminish the ′′ peaks ′′ of production and extend the periods of availability of this fruit. The mango arrived in Cuba, in the early th century, according to Cuban scientist Juan Tomas Roig, while the peasant mango producer and researcher Rodolfo Borges residing in the La Dolorita estate in Zacatecas, claims that the cake handle was brought by his family from Santo Domingo in the early years of the twentieth century and planted it in the Caney, where it is still the mango kill of that variety, the oldest in Cuba. Cuba’s oldest Biscuit mango kill lives even in Zacatecas and is over 100 years old.
Origin The origin of the mango is native to Southeast Asia, especially Burma and many other places in the East Indies, its dispersion by the Indian Subcontinent and the Malay Archipelago was undoubtedly very fast, it was brought to America by European, Spanish and colonialists Portuguese. Like the mango were brought several more species such as the Emblicic Mirobalans The Spaniards introduced this crop to their tropical colonies of the Americas, through traffic between the Philippines and the west coast of Mexico. From Mexico the mangoes were taken to Hawaii in 1809, and to California around L 880, while the first permanent plantation in Florida dates back to L 86l.
Importance Its fruits are important not only because of its energy content in the form of carbs, protein and fats, but also because of its essential minerals and vitamins, highlighting its content in vitamins A and C. They can also provide a good source of income for their high demand as fresh fruit and fundamental raw material in compotes, nectars, jams, pasta and slices for the food industry and export in all its forms. HEALTH Its fiber content gives it laxative properties. Fiber prevents or improves constipation, contributes to lower blood cholesterol rates, to good blood control, and has a satisfying, beneficial effect in case of diabetes and excess weight, yes, in appropriate quantities. This is very convenient in cases of cholesterol, obesity and constipation. It would therefore not be suitable for people with diarrhea trend. The mango has antioxidant properties thanks to its high vitamin C level. Ideal in cases of degenerative diseases, smokers. Mango is a good alternative for people who don’t tolerate other Vitamin C sources like oranges, peppers, lemons. Diuretic effect thanks to your contribution of potassium. Mango is ideal in people who need to remove fluids (in some cases of obesity and hypertension) and don’t want to demineralize. However, those who have excess potassium or are not convenient for any disease (kidney failure, etc.). ) should avoid or discuss with your doctor. · 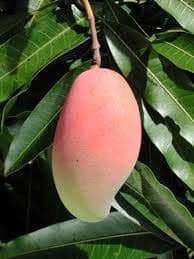 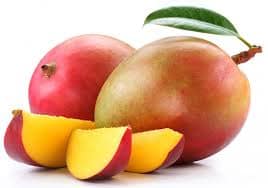 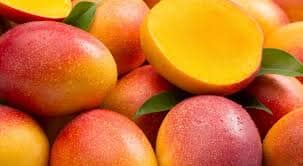