El primer babalawo que hubo en Cuba. 📜👨🏿🇨🇺 Una cosa es emigrar por voluntad propia a labrarte un camino en el mundo y otra muy distinta es que te arrastren como esclavo hasta tierras extranjeras. En Nigeria empezó el camino del hombre, esclavo, religioso, padrino, babalawo que hizo la primera ceremonia de la Letra del Año en Cuba. Ño Remigio Herrera Adeshina Obara Meyi
Antiguamente el término “ño” indicaba respeto en lenguaje coloquial, era un equivalente de “don”. Que tal tratamiento se le diera a un esclavo no era cosa usual, como tampoco lo fue el hombre de esta historia. Adeshina nació en Nigeria, entre 1811 y 1816. Entró como esclavo a Cuba en 1830 y lo bautizaron tres años más tarde… More
It’s one thing to migrate of your own will to build a path in the world and another very different is to be dragged as a slave to foreign lands. In Nigeria began the way of man, slave, religious, godfather, babalawo who did the first Lyrics of the Year ceremony in Cuba. Ño Remigio Herrera Adeshina Obara Meyi
Formerly the term ′′ ñoo ′′ indicated respect in colloquial language, it was an equivalent of ′′ gift «. That such treatment was given to a slave was not usual, nor was the man in this story. Adeshina was born in Nigeria between 1811 and 1816. She entered Cuba as a slave in 1830 and was baptized three years later at the Church of New Peace, as Remigio Lucum í. They later sold him to a slave colonist in Matanzas. His intelligence and socializing skills made him stand out among other slaves. He gained the confidence of his master who sent him to attend business in Havana. Remigio Herrera meets his godfather Ño Carlos Adé B í An old saying goes that when the student is ready, the teacher shows up. In the Rule area, across the Habanera Bay, he met a black freedman who had gained his independence by changing the luck of his masters. Ño Carlos Adé B í, was a priest of Ifa, skillful, intelligent and with many social relationships. The last room in a winery, owned by a Spanish man they both knew, prepared as a fourth to do ceremonies. Adé Bi became Adeshina’s godfather and helped him buy his freedom around 1850. A free man Remigio Herrera Adeshina Obara Meyi settled in Rule as a free man around 1860. He formed a family and worked hard to grow his economy and social influence. In his home he established the Cabildo of Yemayah which then had a place of his own. Here Adeshina was able to convey to her godchildren the learned things from Ño Carlos Adé Bi. Slowly they were ready and along with them he performed the first ceremonies of the lyrics of the year, although the date of the first ceremony could not be documented. In 1902, Adeshina was very weak and one of her godchildren continued tradition. Tata Gaytan took responsibility for leading the Lyrics of the Year ceremony, with the support of other experienced babalawos. Adeshina died in Havana on January 27, 1905. Her successor was Bernardo Rojas who, having inherited the greatest deities of his godfather, assumes the direction of the Letter of the Year, guarded by Tata Gayt ánn. Remigio Herrera Adeshina Obara Meyi’s photo in 1891 is the only one preserved from a native African babalawo in Cuba. He came as a slave, but died as a free man. He left us a spiritual legacy that is part of Cuban culture. Read link. 🚨
https://es.m.wikipedia.org/wiki/Remigio_Herrera www.Cibercuba.com
Gretchen Sanchez
Branded Content Writer at CyberCuba. Doctor of Science from the University of Alicante and Bachelor of Sociocultural Studies. · 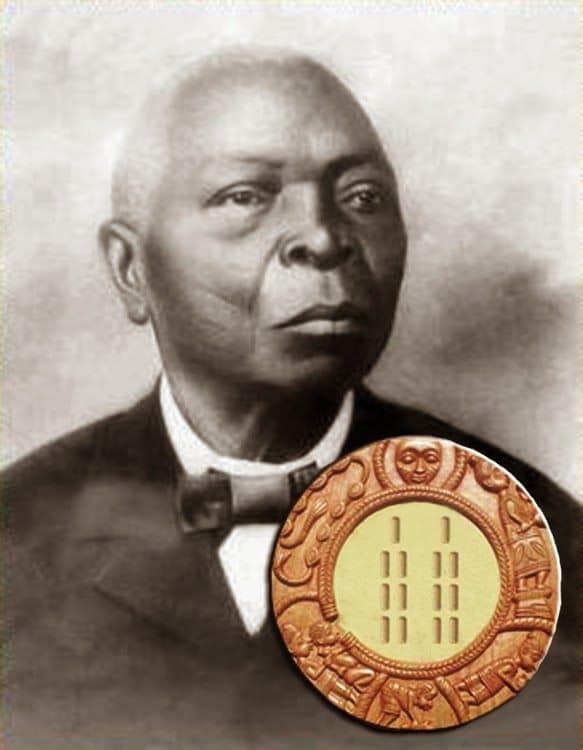