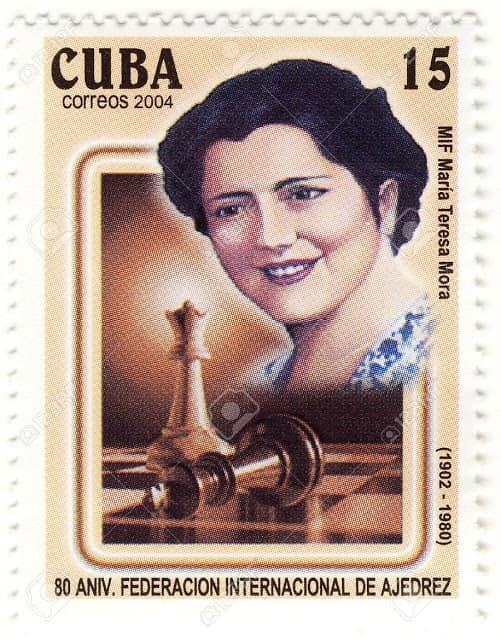 María Teresa Mora, la alumna de Capablanca. 🇨🇺🥇1️⃣💯🏆👑 El récord de María Teresa Mora en campeonatos nacionales de ajedrez continúa siendo inexpugnable, a pesar de que en ese deporte, como en todos, ha imperado el machismo en forma superlativa. Esta habanera ganó el Primer Torneo Escolar de Ajedrez de Cuba en 1914, con sólo doce años de edad, y al año siguiente conquistó el Campeonato Intercolegial de La Habana, lo que le valió para hacerse un nombre en la prensa nacional. En 1917 el periodista especializado en ajedrez, Jesús González Bayolo, publicó en el American Chess Bulletin su trabajo bajo el título: “En La Habana hay otro prodigio.” y continúa “…no contenta con haber dado a José… More
🇨🇺🥇1️⃣💯🏆👑 Maria Teresa Mora’s record in national chess championships continues to be impregnable, despite the fact that machismo has prevailed in that sport, as in everyone else. This Habanera won the First Cuban Chess School Tournament in 1914, aged just twelve years old, and the following year she conquered the Havana Intercollegial Championship, which earned her to make a name in the national press. In 1917, chess journalist Jes Jesúss Gonzalez Bayolo published his work in the American Chess Bulletin under the title: ′′ There is another prodigy in Havana.»and continues»… not happy to have given Jose Ra úl Capablanca to the world, Havana draws its attention to another chess prodigy in the person of the girl Maria Teresa Mora…» Maria Teresa possessed a prodigious intelligence and added the preparation received from the hand of José Ra úl Capablanca, the only person to whom he granted the privilege of being his student. They faced each other three times, with favorable results for the disciple of two matches won and one table, impressive statistic for a world champion in full shape. In 1921 and apart from her chess successes, Maria Teresa brilliantly played violin and mandolin and offered a concert to her followers. He applied for his admission to the 1922 London Tournament as part of the official player s’ payroll, which was where he defeated the great Capablanca on 2 occasions and made a table in simultaneous games. That year he earned fourth place in the Tournament of the Gallego Capitalino Center and in 1919 he succeeded in the Bohemia Cup of Habanero Chess Club, where the vast majority of the best men’s players then participated. In 1922 he won the Cuban National Championship, then called Copa Dewar and where except for it all participants were men, so the fact was called ′′ a milestone in Cuban chess history «, and added that in 1938 she won the first women’s title of her career. She participated in two world championships: in 1939 she earned seventh place, while in 1950 she earned 1950th place and defeated then world champion Elizabetha Bikova in one of her games. That year she was awarded by the president of the International Federation of Chess (FIDE), the category of International Teacher for her brilliant career and became the first Latin American woman with such distinction.
The women’s title kept him until his retirement in 1960 as no Cuban woman could defeat her in her 22 years of champion. Maria Teresa Mora Iturralde passed away on October 3, 1980 and each year an event is celebrated in the capital that is named after her, aimed at promoting the practice of science gaming in the nation, especially in youth. · 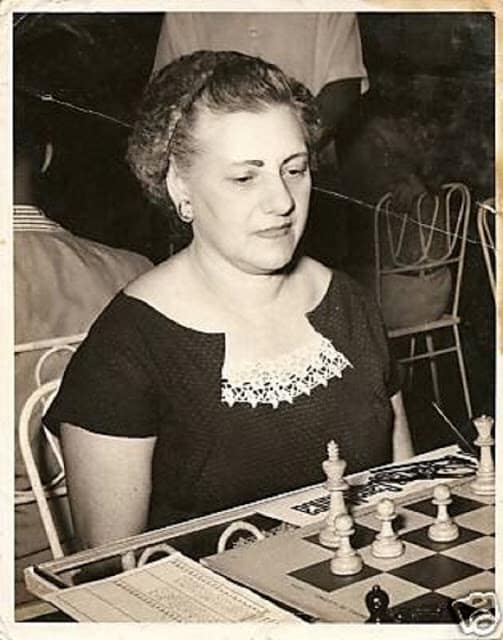 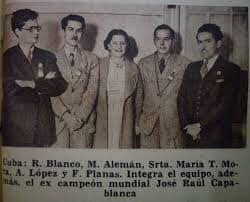 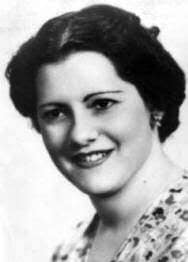 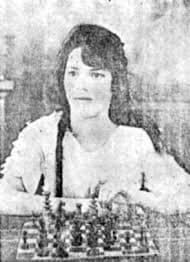