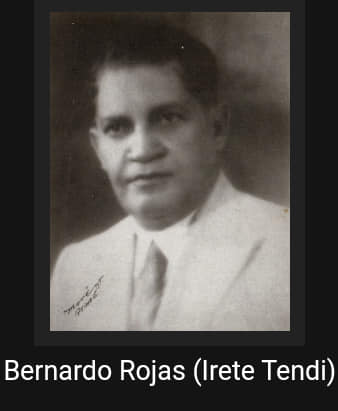 Los Grandes Babalawos de Cuba: Bernardo Rojas awo ni Orunmila Ireterdi. Bernardo Rojas crea su propia Rama de IFA en Cuba, apodada el VATICANO y hasta la fecha es la Rama que mas Babalawo mantiene activos Nace en Catalina de Guines ,La habana Cuba el 20 Agosto 1872, y Muere el 9 de Mayo de 1959, a la edad de 87 años, con 57 años de IFA. Bernardo Rojas Hace IFA de Mano de su Padrino el Babalawo de origen Africano ÑO REMIGIO HERRERA (ADDE-CHINA OBBARA MELLY) en el año 1902. A la muerte de Adde-China en el año 1906 Bernardo solo tenia 4 años de IFA y aun así hereda todos sus poderes de su padrino, la atención y preocupación de Rojas por su padrino era tal, que se convirtió en el sostén… More
Bernardo Rojas creates his own branch of IFA in Cuba, nicknamed the VATICAN and to date is the branch that more Babalawo keeps active Born in Catalina de Guines, Cuba Havana on August 20, 1872, and dies on May 9, 1959, at the age of 87, aged 57, IFA. Bernardo Rojas makes IFA hand of his Godfather the Babalawo of African origin ÑO REMIGIO HERRERA (ADDE-CHINA OBBARA MELLY) in 1902. At the death of Adde-China in 1906 Bernardo was only 4 years old of IFA and yet inherits all his powers from his godfather, Red s’ attention and concern for his godfather was such that he became the spiritual and economic bra of his godfather, the old people say that each week he gave him a super exclusive costume , which he greatly appreciated Adde-China, because he was a man of taste and good clothing, like almost all the Babalawos of the time.. Al Bernardo became the absolute heir of the powers of Adde-China, also inherits all the respect they possessed for his Godfather, and despite having few years of IFA dedicated to learning with great devotion all the lessons supplied by him, which earned respect not only all the Babalawos of the time, but also all the Africans of nation who still had life. Possibly Bernardo was the Babalawo that deepest secrets inherited from an African, because it was said to possess an Ozain that killed, perhaps it was this part of the respect he possessed, many claim that it was Bernardo who established that to do IFA should have EIGHT crowned, which is not true, because he only had Chango Lavado, Ozain, San Lazaro in Arara, and of course Orula.. Reds dedicated to 42 men in IFA, which made it a record for the time, Bernardo no He was only respected by the religious power he possessed, (Though his profession was Tailor), but also by the great fortune he managed to amass through the Mortgages, which led him to possess large amounts of properties among which were listed (Houses, Buildings, Business, Pantheons, etc). Many versions place the birth of Bernardo in 1887, this date that for nothing fits the date of his consecration and less than the fortune he possessed, because at just 21 years old it was almost impossible to possess that economic flow, which did not inherit from his family, but obtained from his own effort. Although descendant of Adde-China-Obbara Melly, Bernardo Rojas creates his own IFA branch in Cuba, nicknamed the VATICAN, for his hierarchy in IFA, and to date is the branch that most Babalawo keeps active. It was also said that all other branches went to Bernardo for guidance and advice and joined him, except for Asuncion Villalonga’s different one. Bernardo had only one child, also Babalawo Just Pastor Rojas (Bernardito) (Oche Paure), who was also said to be a wise man.. Bernardito left no biological offspring, and died years before his Father. Bernardo marries a beautiful mulata called Melly a very popular santera in the area, which was much younger than him, although they did not have children this inherited his house and some of his comes, because he stayed by his side and took care of him Until his death, coincidentally Melly died in 1987, aged 87, the same age as Bernardo died.. Bernardo’s family home is located on bird 39 corner 92 in Marianao, city Havana Cuba. and is currently occupied by its owner the Iyalocha Miracle (Olo Oya), niece and goddaughter of Melly. By: www.iworos.com 07/03/2019 Ifa · 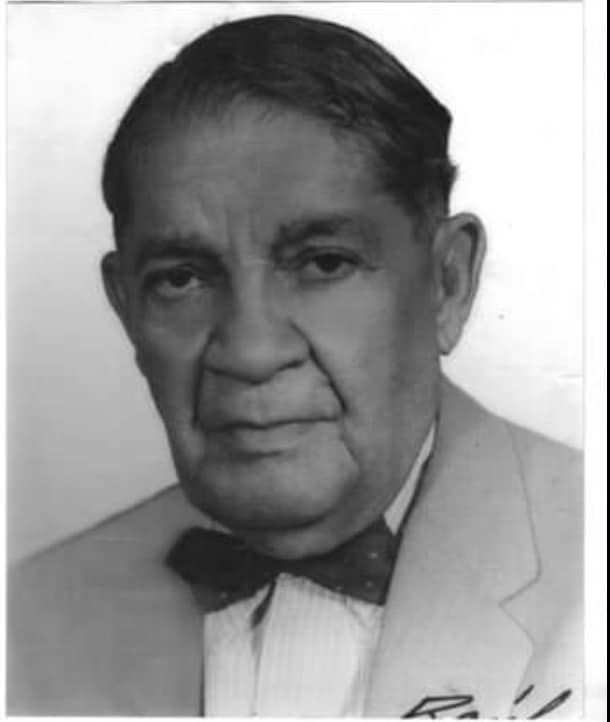