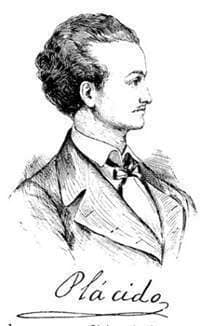 ILUSTRES CUBANOS…(POETAS) «PLÁCIDO» Gabriel de la Concepción Valdés, también conocido por su seudónimo Plácido (La Habana, 18 de marzo de 1809 – Matanzas, 28 de junio de 1844) fue un poeta afrocubano. Tal vez haya sido el poeta de mayor aceptación popular entre los escritores cubanos del siglo XIX. Versificador espontáneo como pocos antes o después, algunos críticos lo consideran entre los iniciadores del criollismo y también del siboneyismo en la lírica cubana. Normalmente se le incluye entre los románticos cubanos, donde corresponde de acuerdo al período, pero gran parte de la obra de Plácido es mucho más alegre, sin dejar de ser fina, y carente del exceso romántico. Plácido escribió… More
′′ PLACID ′′ Gabriel de la Concepci ciónn Valdes, also known for his pseudonym Placido (Havana, March 18, 1809-Matanzas, June 28, 1844) was an Afrocuban poet. Perhaps he was the most popularly accepted poet among th century Cuban writers. Spontaneous verse as few before or after, some critics consider it among the initiators of Creoleism and also of Siboneyism in Cuban lyrics. It is usually included among Cuban Romantic people, where it corresponds according to the period, but much of Placido’s work is much more cheerful, while being thin, and devoid of romantic excess. Placido wrote many popular poems and for family parties also many improvisation he wrote. Some critics have characterized these works as vulgar, when they actually exposed the everyday lives of those years in Cuba as only the Creoles managed to do so. It is considered by some critics among the initiators of Creoleism and also Siboneyism in Cuban lyrics. Others still claim that it should not be included in Afrocuban literature as their work is highly refined, resembling that of white people. Ironic that his work was also judged with the same injury his skin was. That’s what he meant to be a mulatto on the island during Gabriel’s years of the Valdes Concepci ciónn: not being accepted by those of the white race, nor by those of caste black. It is true that the poetry of Placido does not have perfection or ideological depth of Heredia or Milanese. However, the versification is so natural that some of his poems were heard a hundred years later on the streets of Havana, repeated by heart in many cases without knowing the declamator who the author was. In the th century Placido was the most acceptable poet and disclosure in Cuba, and in Cuban literature one of the most sensitivities. · 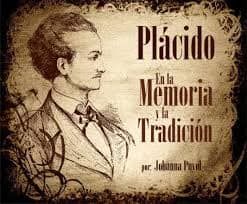