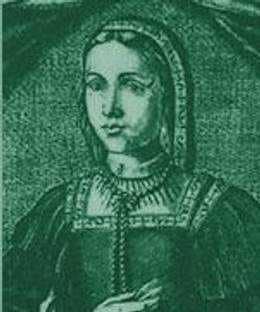 2 en 1 A CUBA LA GOBERNÓ UNA MUJER… DE GOBERNADORA DE CUBA, 1539- 1544, A ESTATUA PERENNE Isabel de Bobadilla, también conocida como Inés de Bobadilla. (1505?-1546). Dama de la nobleza española, esposa de Hernando de Soto, a quién sustituyó como gobernadora de Cuba cuando éste partió a la conquista de la Florida. Gobernadora de Cuba Cuando Soto viajó a Florida en 1539, el 17 de mayo del mismo año dejó su cargo de administrador del archipiélago a su esposa Inés de Bobadilla, quien ejerció como Gobernadora y Capitán General entre 1539 y 1544. Inés de Bobadilla se convirtió, así, en la primera y única mujer que ostentó la máxima autoridad de la Isla, durante el largo período colonial de… More
TO CUBA THE GOVERNMENT WOMAN… GOVERNOR OF CUBA, 1539-1544, TO STATUA PERENNE Isabel of Bobadilla aka Ines of Bobadilla. (1505?- 1546). Lady of the Spanish nobility, wife of Hernando de Soto, who she replaced as governor of Cuba when she departed for the conquest of Florida. Governor of Cuba When Soto travelled to Florida in 1539, on May 17 of the same year he left his office as archipelago manager to his wife Agnes de Bobadilla, who served as Governor and Captain General between 1539 and 1544. Agnes of Bobadilla became the first and only woman to hold the island’s highest authority during the long colonial period of four centuries. In that function he was advised by civilians and military, mainly Juan de Rojas, who dealt with defence problems. De Soto, before leaving for Florida, granted general power in May 17, 1539 in favor of his wife, before the scribe Francisco de Alc cercer. …» and of those 300,000 wonders for annual rent, two parts are made, one for his wife to enjoy for all the time of his life, and the other to endow three orphaned and poor maidens each year, daughtersdalgos , what his wife would fulfill whom she named.» In January 1544 he had Ines at his private service and that of his farms, eleven slaves. The Legend After De Soto’s leg to Florida, Ines was waiting for him at that castle for years until he knew of his death. Legend has it that Elizabeth used to climb at the top of the castle, in the sameatalaya to sight ships that could bring her news of her beloved. She never saw it again and sadness led her to death. The Reality Romantic is the legend, reality is simpler. Although much suffered for what happened, Mrs. Isabel de Bobadilla did not die of love, as legend says, but returned to Spain (probably in 1544) ′′ alongside her family potentados «, with the large assets inherited from her consort, as investigator Pedro A rightly claims. Herrera Lopez, who has rummaged for years and years in ancient archives, as well as in texts and periodical publications related to these events. He died two years later, in 1546. The mourning wife could not wait for her beloved from the top of the tower of the castle of the Royal Force as that fortification was erected after 1555, being destroyed by the French privateer Jacques de Soresla former Fortress, room of Mrs. Isabel during his Cuban days. It is alleged that a Cuban artist of Spanish origin decides to sculpt Do ñaa Isabel in the figure of a Giraldilla that evokes her in a small statue (similar to the Andalusian Giralda) about a hundred and ten centimetres in length and presents the skirt collected on one of the his knees. Over the chest he wears a medallion with the sculptor’s name and a crown on his head. This sculptural piece is one of Havana’s most beloved symbols. She remembers the traveler who has come to a land of love and traditions. The sculpture known as La Giraldilla, is regarded as the most important symbol of Havana. AdmiralJuan of Bitrian and Viamonte, who ruled Cuba between 1630 and 1634, ordered its smelting in bronze. La Giraldilla was the first statue in bronze to be recognized made in Cuba, sculpted by Habanero goldsmith Jer ónnimo Martinez Pinz zónn in the 30 s of the 30th century, it did not go from being a woman-shaped velete to indicate the direction of the wind to navigators, and not as naively claimed, that Mrs. Isabel de Bobadilla, wife of Governor Hernando de Soto, Advanced Florida, was the one who served as a model or personified in the statue as a representation of conjugal faithfulness and the hope. The original statue is at the Havana Museum to protect it from deterioration due to its environmental exposure, the castle being a replica. · 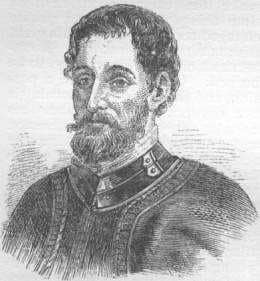 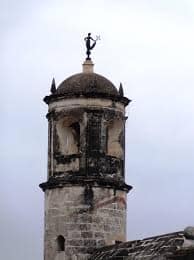 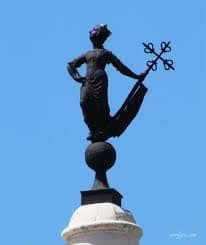