QUIETECITOS…. ¡YA! SI ALGUIEN CONSERVA ALGUNA… PUBLIQUENLA. GRACIAS Con cámaras de principios de siglo, mantenidas en funcionamiento por ellos mismos, los fotógrafos ambulantes que trabajan en la zona del Parque Central y del Capitolio Nacional, en La Habana, son continuadores de una tradición tan vieja como la fotografía misma. Así decía la sinopsis del documental “Quietos… ¡Ya!”… del director del cine cubano Guillermo Torres, estrenado en 1987, es decir, hace 32 años, como un hermoso homenaje a esos profesionales del lente que buscaban así el sustento familiar, y de los cuales apenas quedan muy pocos sobrevivientes. Como escribió hace unos años el colega Orlando Carrió, para CubaSí,… More
IF ANYONE KEEPS ANYONE… POST IT. THANK YOU With century-old cameras kept in operation by themselves, street photographers working in the Central Park area and the National Capitol in Havana are continents of a tradition as old as photography itself. This is how the synopsis of the documentary ′′ Quietos… Ya!»… from Cuban film director Guillermo Torres, released in 1987, that is, 32 years ago, as a beautiful tribute to those lens professionals looking like this family livelihood, and of which hardly any survivors remain. As colleague Orlando Carri ió wrote a few years ago, for CubaS í, ′′ These artists, baptized in the s as ′′ Los Guerrilleros «, live shooting in various stages in the capital and travel the country with their armatostes on mule loin, dragging a rosy life full of stoicism «. Despite the siege of pocket cameras and cell phones, the impact of new communication and information technologies, drawer cameras, as well as the ancient lens artifacts of the first decades of the century are known XX, they continue to call attention especially to foreign visitors, as many wonder how it is possible for them to still survive in the digital age. Such rustic cedar frames are formically lined to prevent water action and prevent light from entering, and shoot blank photos and black about nine centimeters long by four wide. ′′ Our cameras, through light, capture the images on paper and we do is reveal it «, said a few years ago Alberto Pagés Ortiz, one of those ′′ guerrillas «, to journalist Orlando Carri ió. They usually don’t allow opening or shutter speed regulating, nor do they change the distance of focus, making them fixed-focus cameras. These features make them useful only for outdoor photography on sunny days, a report from the agency Prensa Latina says. Even so with their small portable labs, sometimes these lens artists manage to make pretty sharp photomontages where famous characters or allegorical symbols appear at a date or event. They say that when there were many minuterists-as they also told those walking photographers-and in business they competed Chinese and Cubans, at the beginning of the past centuria, they were spreading through Fraternity Square, the Source of India and, Of course the preferred place, staircase and gardens of the Capitol, where they always managed with their tricks so that their 94 meter dome from the sidewalk would be pictured. That’s how customers preferred her. Back then many people inside the country dreamed of the capitol snapshot, which then cheerfully showed their friends and relatives, back to the terroir. ′′ All of us who came from the countryside to Havana and foreign visitors portrayed themselves in the Capitol, with those picturesque photographers «, said the famous Cuban musician Compay Segundo in an interview by Rafael Lam in June 2000. Just that year, when work begins to restore the majestic building to turn a portion of it into the headquarters of Parliament’s offices, several photographers remain there trying to maintain that sublime and heroic tradition. They are adults, perhaps clinging to the memories of an urban with trams, theatres of comedy buffas and costumes, in blunt contrast to the moment, as is the case in Havana, says the article from Prensa Latina. 32 years ago, the documentary ′′ Quietos… Ya!»… brought to the public forecast photographers of the Capitol, and although it has been written on them interchangeably, even outside the country, now as Havana celebrates its half a millennium serve these lines to pay tribute to those Cubans, who for more than half a century have maintained a tradition of curiosity for foreign visitors: standing before a drawer camera, true piece of museum. · 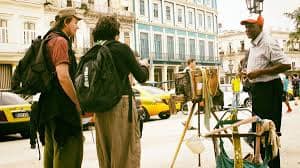 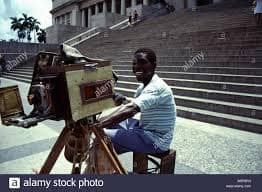 Apart from the DECEASED confirmed, these are some of the DISAPPEARED who already