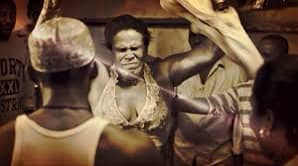 Leocadia y el Hermano José, la tumba más enigmática que se venera en el Cementerio de Colón. En el Cementerio de Colón, en la capital cubana, existen dos tumbas que son las que más visitas reciben: la primera (y sin duda alguna), es la de Amelia Goyri conocida por “La Milagrosa” y la segunda, la del Hermano José. A la tumba del Hermano José no son pocos los que asisten cada año el 19 de marzo, fecha en la que se conmemora el toque de violín. Sin embargo, a lo largo de todo el año, varios fieles visitan la tumba de Leocadia Pérez Herrera, para venerar al Hermano José, que se identifica por una estrella tejida de siete puntas y siete colores. Según se cuenta, Leocadia Pérez Herrera y el… More
In the Cemetery of Columbus, in the Cuban capital, there are two graves that are the most visited: the first (and without a doubt), is Amelia Goyri known for ′′ La Miracle ′′ and the second, Brother Jose .. There are no few attending each year on March 19, the date when the touch of violin is commemorated. However, throughout the year, several faithful visit the tomb of Leocadia Perez Herrera, to worship Brother Joseph, who is identified by a seven-pointed, seven-colored star. Leocadia Perez Herrera and Brother Jose, the centenary spirit of the slave invoked in their consultations, is not responding to Afrocuban religious ceremonies, but to their status as a spiritualist. Leocadia was born in Gui ñes in 1893, but much of his work took place in the Habanero municipality of Arroyo Naranjo. It is said that he received renowned visits as Senator Heriberto Madrigal, Ignacio Jacinto Villa Fern ándndez (Snowball), and even Fulgencio Batista himself. His temple was one block from Cafe Columbus outside of La Viper. There were hundreds of people, who, according to the knowledge, were queuing early in the morning to be seen by Brother Joseph. So powerful it was, they said, that Leocadia came out and called only those in trouble. He told others to leave that they didn’t need him. Numerous myths surround Leadia. One of the most remembered was the portrait of brother Jose or Tah Jose, when the slave spirit appeared to a blind painter and he was able to draw it with the brush. As often happens in the popular imaginary, the painting came to expose itself during Leocadia’s funeral and was then buried with her. At that time, presenters claimed that as they introduced Leocadia’s body into the coffin, the image of the slave in the painting was being erased. When these kinds of stories are passing through word-of-word and generation-to-generation, it causes people to contribute more and more to what has happened and often ends the story in a figure that is seen after having gone to the afterlife. The truth is that it is after The Miraculous, and even more than half a century after her death, this is one of the two most visited graves of Columbus’s necropolis in Havana. SOURCE https://www.cubacute.com/2020/07/02/leocadia-y-el-hermano-jose-la-tumba-mas-enigmatica-que-se-venera-en-el-cementerio-de-colon · 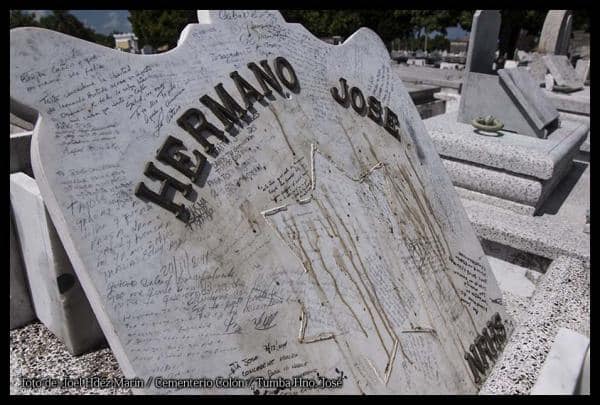 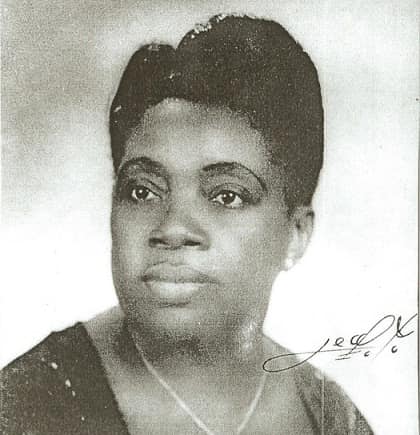 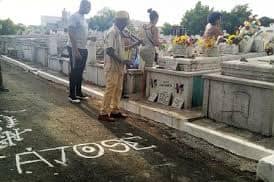