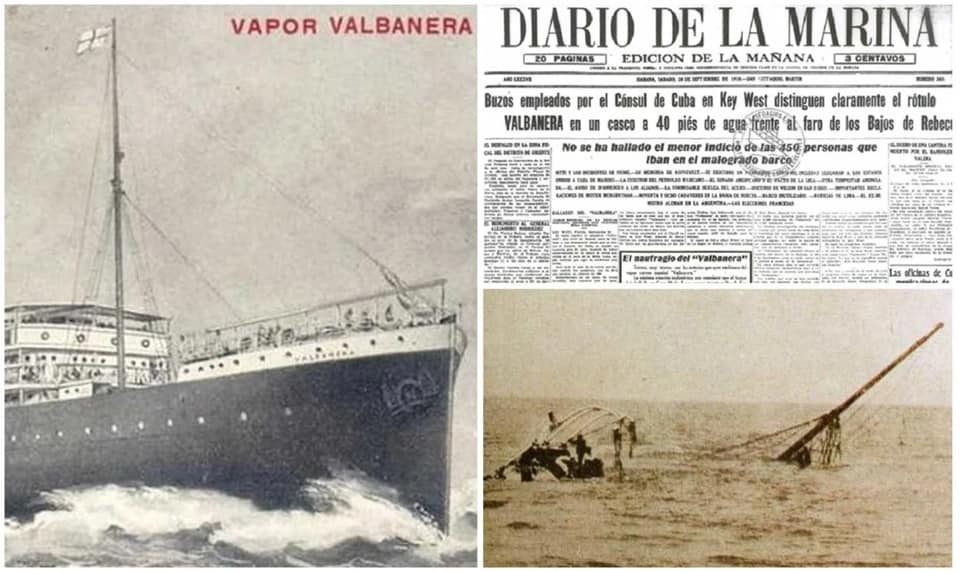 Vapor Valbanera, el naufragio fantasma!! El hundimiento del Valbanera, una de las tragedias marítimas más famosas en la historia de Cuba
Esta embarcación había dedicado la mayor parte de sus viajes al transporte de emigrantes entre España y las Antillas Al ser Cuba una isla, un archipiélago, o como quiera decírsele, la maldita circunstancia del agua por todas partes ha hecho que, durante siglos, el transporte marítimo sea una de las vías por excelencia para entrar y salir de esta. Asociado a los barcos y a la navegación están los desastres y accidentes ocurridos en el mar y en Cuba han ocurrido varias tragedias navales: el de Morro Castle con 143 fallecidos; Sánchez Barcaíztegui y sus 31… More
The sinking of Valbanera, one of the most famous maritime tragedies in Cuban history
This boat had dedicated most of its travels to the transportation of migrants between Spain and the West Indies Being Cuba an island, an archipelago, or as you want to tell it, the bloody water circumstance everywhere has made shipping one of the par excellence routes to enter and out of this for centuries. Associated with ships and navigation are the disasters and accidents that occurred at sea and in Cuba several naval tragedies have occurred: Morro Castle’s with 143 dead; Sanchez Barca ízztegui and his 31 sailors; Euskera where only 7 of his crew were able to survive and, one of the most famous: the shipwreck of the Valbanera. The latter was a Spanish, mixed steam mail ship used for cargo and passage. It arrived at the entrance of the port of Havana in 1919, just as a cyclone besieged the northern coast of Cuba. Desperate, with a scrambled sea and a crew of around 500 people, the captain called asking for help, sent signs in Morse code and released a desperate siren; however, the answer from the captaincy was that, given the conditions of time , it would be impossible to help him. It was decided, then, to wait for the storm to pass, to cease the rain and to calm the waves off the Habanera coasts. As detailed on Cubadebate website, that would be the last time the Valbanera transatlantic lights were seen, which, due to inclement weather, ran aground in quicksand in the Florida Keys area. The next thing was known, three days after his port request in Havana, that an operator at the Key West Naval Station received signal from this ship, asking Morse if there were any messages for him. Ship search work was intense. While gunboats Yara, Mart í and Maceo and the auxiliary cruise ship Patria tried to track it off the Cuban coast, it was possible to find the remains of the shipwreck by underwater hunting crews of the US Navy, who spotted a mast sticking out in the sand, in the Lower Crescent area, east of Rebecca’s Bass. At that time, the Navy Journal reported: ′′ Divers used by the Cuban Consul in Key West clearly distinguish Valbanera’s name on a helmet 40 feet of water. No indication of the people who were on the underwater boat «. This boat had dedicated most of its travels to the transportation of migrants between Spain and the West Indies. As it was a typical passenger ship that could host up to 1200 passengers distributed in 4 classes, its crew used to make the route of the Iberian Peninsula to America and, after 13 years of exploitation, no one could foreshadow the tragic event. He usually departed from Barcelona, on a scale in Malaga, Cadiz, Puerto Rico, Puerto Rico, to Santiago de Cuba and Havana, and then headed to Galveston and New Orleans. The steam that participated in World War I is wrapped in mystery. Some omen had alerted much of the passengers coming on that last trip, as they massively decided to land in Santiago hours before the misfortune. Source https://www.google.com/amp/s/www.periodicocubano.com/el-hundimiento-del-valbanera-una-de-las-tragedias-maritimas-mas-famosas-en-la-historia-de-cuba/amp/ · 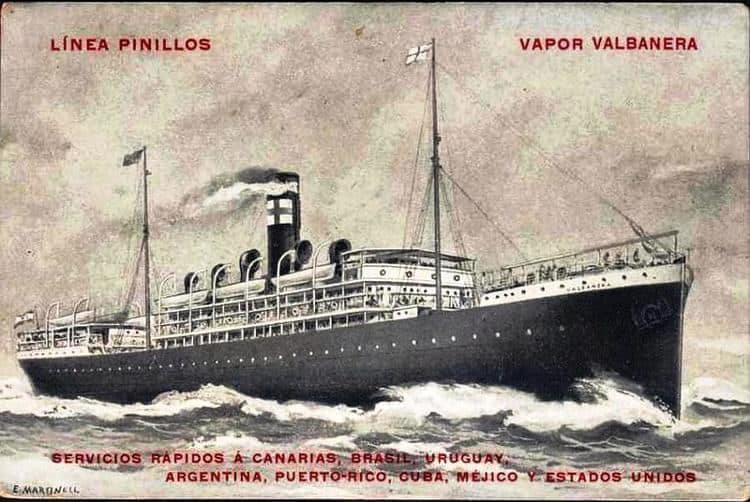