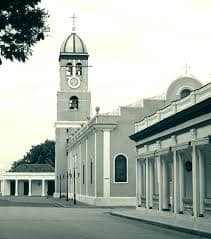 Lugares de nuestra TIERRA. Victoria de las Tunas…, TUNAS. Desde 1603 Juan Rivero González, había obtenido por real cédula el primer hato y no fue hasta 1690 que se edificó la primera ermita católica, después de la conquista y colonización de Cuba, que en esta localidad le correspondió a Francisco de Morales. Durante estos años la economía local era fundamentalmente agropecuaria y de lento poblamiento regional, conformado fundamentalmente por hacendados de Bayamo, Holguín, Manzanillo y Puerto Príncipe. Durante el siglo XVII, se realizaron en el hato de Las Tunas, que ya adoptaba ese nombre desde 1603, varias mercedaciones de tierras para el desarrollo agrícola y ganadero, proliferando en el… More
Victory of the Tunas…, TUNAS. Since 1603 Juan Rivero Gonz ález had obtained the first hato by royal card and it was not until 1690 that the first Catholic hermitage was built, after the conquest and colonization of Cuba, which in this town corresponded to Francisco de Morales … During these years the local economy was mainly farming and slow-moving regionally, consisting mainly of landowners from Bayamo, Holgu ínn, Manzanillo and Port-au-Prince. During the 1603th century, several lands for agricultural and livestock development were carried out in the hato of Las Tunas, which had already adopted that name since 1603, proliferating the trade in smuggling and rescue in the south. By 1729, this town had seven hats called Cabanigu ánn, Birama, Las Tunas, Unique, Las Arenas, Ochoa and Aimiquiabo, and it is necessary to mention them because they were the basis of what today is basically the largest territory of the province Las Tunas … The last names of this region were the Rivero-Gonzalez; Vazquez; Santiesteban-Vazquez-Coronado; the Aguilera-Tamayo-Mej íaa; the Fajardo-Estrada; the Varona-Gonzalez, among others. Over time, the hermitage of Las Tunas had been destroyed, not having a cure on property, as it was only used to house pilgrims headed to Santiago del Prado (now del Copper) to pay their promises and in 1707 , when the ecclesiastical visit to the Port of the Prince of Bishop Don Geronimo Valdés Sierra, the heir of the hato of Las Tunas, Diego Clemente del Rivero, asked the Bishop to reerigate the already ruinous hermitage. With the coming of Valdes Sierra, work began and the temple was concluded in 1709, to which Clemente Rivero named San Geronimo after the Bishop and the Pedane Party took the name San Geronimo de Las Tunas, enriching the toponymic from this region. By 1761, San Geronimo de Las Tunas had 40 families, 211 souls and 51 servants, which became a party in the vast region of Bayamo, leaving the church with the name of San Geronimo and the pedaneous match with the Tunas de Bayamo. The population scarcity and little use of the church was destroyed by the onslaught of time, as cures passing sporadically through the region officiated in the mainland, and the religious temple left for the missionary shelter. In 1790, the parish was renamed, keeping the name San Geronimo de Las Tunas. Around the church were developing religious festivities and neighbours of hatos and corals living in areas far away from the temple, began construction of houses of yagua and guano around it. They were so numerous over the years that many families stayed to live in them and in 1796 the main landowners decided to found a village, as recorded in documents from the Cuban National Archive. The people were quickly fostered by their potential for trade, agriculture, and livestock farming and in 1803, the cabildo fostered their construction with solid materials and constructive standards in accordance with Indian laws. On August 27, 1821, the first Health Board was constituted. In 1823 the prison was built and the accelerated encouragement of the people continued. As early as 1841, 1853 people lived with their pedaneous matches that were Cabanigu ánn, Cauto el Paso, Eye of Water, Tunas and Unique. In 1847, the local population was 9947 people, covering the territory of 229 square leagues with the parties of San Cristobal, Cabanigu ánn, Tunas, Unique and Cauto el Paso. For this year there was a rise in livestock development, agriculture and trade, a situation that favored this population so that on December 20 of that year, tenure of government was created, located Don José Morales as his lieutenant governor. And on April 24, 1848, the municipal board was created. In 1849, this region was granted jurisdiction, segregating from Bayamo, granted the status of Villa de Las Tunas. In 1851, the patriot Camag üeyano Joaqu nn de Aguero y Aguero according to Juli ánn Santana, (Canary Islands based in Las Tunas) Ram ónn Ortu ñoo, avecindado here, the trader Pablo Col íbar and the collaboration, of priest Jose Rafael Fajardo, had assaulted Las Tunas to independence from Spain and to undertake Cuba’s independence from here, which meant a primal outbreak of rebellion. In 1853, he was conferred the title of City. With the new administrative political administration of 1866, Las Tunas was inducted into the Central Department with Port-au-Prince and Nuevitas. It was this city, the headquarters of the first meeting to be held in Cuba to start the fight in 1868, presided over by Carlos Manuel de Céspedes and representatives of Holgu ínn, Camag üey, Bayamo, Manzanillo and Las Tunas. The wars for independence were bloody, the city was assaulted five times by Cubans, three of them on fire, one partially and two in its entirety. The name of the city was adhered to the appendix of ′′ Victoria de Las Tunas ′′ due to the Spanish victory over Cubans on August 16, 1869, a name that remained until 1976, when the New Division was applied Administrative Politician. · 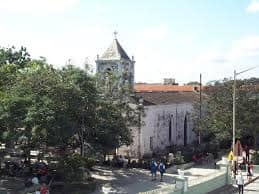 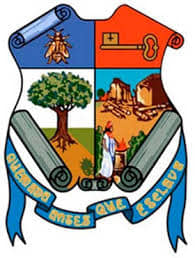 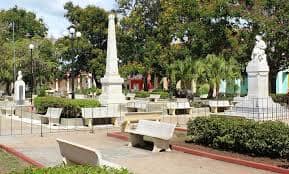 We’ve seen socialism tried dozens of times. No matter what, it has always failed. It doesn’t matter what you put in front or behind...