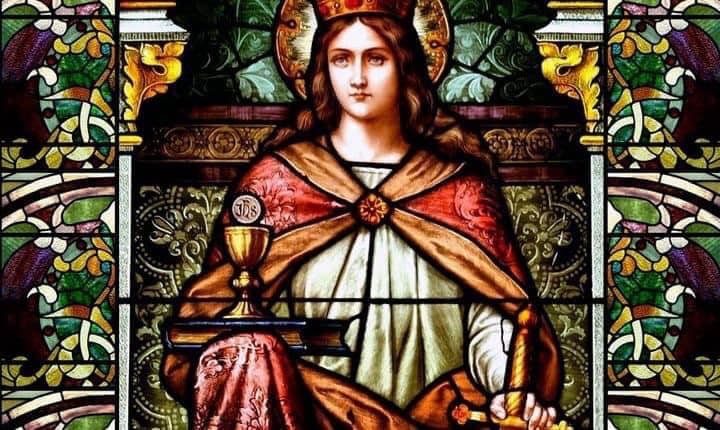 Curiosidades…… Santa Bárbara su historia .
La conmovedora historia de Santa Bárbara, la virgen guerrera que veneran los cubanos. Santa Bárbara, cuya fecha de jubileo es el 4 de diciembre, es uno de los santos católicos más venerados en Cuba. Afirma la leyenda que Bárbara fue una hermosa joven que vivió en el siglo IV en Nicomedia, Bitinia, muy cerca de Constantinopla, en la actual Turquía. Documentos muy autorizados afirman que tenía sangre real y era un modelo de abnegación en su fe cristiana. Su madre se llamaba Repé y su padre Dióscoro. Como su progenitor no era creyente la futura Santa Bárbara fue bautizada sin que este lo supiera. El padre no deseaba que se casara con los cristianos… More
Santa Barbara her story.
The touching story of Santa Barbara, the virgin warrior Cubans worship. Santa Barbara, whose jubilee date is December 4, is one of the most revered Catholic saints in Cuba. The legend claims that Barbara was a beautiful young woman who lived in the th century in Nicomedia, Bitinia, very close to Constantinople, in today’s Turkey. Highly authorized documents claim he had royal blood and was a model of selflessness in his Christian faith. His mother was called Repé and his father Diocoro. As her progenitor was not a believer, the future Santa Barbara was baptized without her knowing. The father did not want her to marry the Christians who were pretending to her, and for that reason he mistreated her in word and deed, until he decided to lock her up high in a tower in a castle, surrounded by luxuries to abandon her faith. There they visited and instructed famed teachers, poets, speakers and philosophers, with the aim of pulling her from their religious beliefs; but it was all in vain. During a prolonged absence from Diescoro, the young woman destroyed all pagan idols who had been placed in her room, plotted the sign of the cross on a marble column, and sent to open a third window in her bedroom, in allegory of the divine trinity. Barbara dedicated long hours to Christian prayer and contemplation, until Diocoro returned and found transformations made in his absence. Then the young woman openly declared herself a Christian and confronted her father. He tried, first with sweetness, and then with the promise of a lucrative marriage to keep her from her ideas. Barbara replied to her that she did not intend to marry and preferred the incomparable beauty of virginity. According to the Santa Barbara tradition, he was beheaded by his own father Diocoro rode in anger and decided to immolate her immediately to his gods, but the future Santa Barbara managed to escape, only to be reached by her father’s soldiers, who beat her with cruelty and dragged her by her hair. She was taken to the Praetor Marciano, who first felt sorry for her, but ended up turning her over to the executioners who beat her and vexed her. His father asked to cut his throat himself and he cut his head off from a terrible slit. Legend claims a lightning strike immediately shone in the sky and the executioner fell on dead ground. According to tradition, the sword that holds in his hands Santa Barbara is the weapon with which it was beheaded and not a symbol of war, although many Cubans create it a warrior virgin, especially for issues of syncretic character. The red cape that covers it reminds the believers who rather die than give up their faith in Christ. San Pius V recognized and confirmed the cult of Santa Barbara in 1568. Since then she has been declared patroness of miners, firefighters, engineers and gunners. She is also called upon during the storms and before the dying so that they may not expire without receiving the sacraments of the Church. In Cuba, she considers herself the patron of the gunners. Rule Ocha practitioners syncretized her as Chango, and in Palo Monte is Nkita Mulanga; deities both symbolize thunder. · 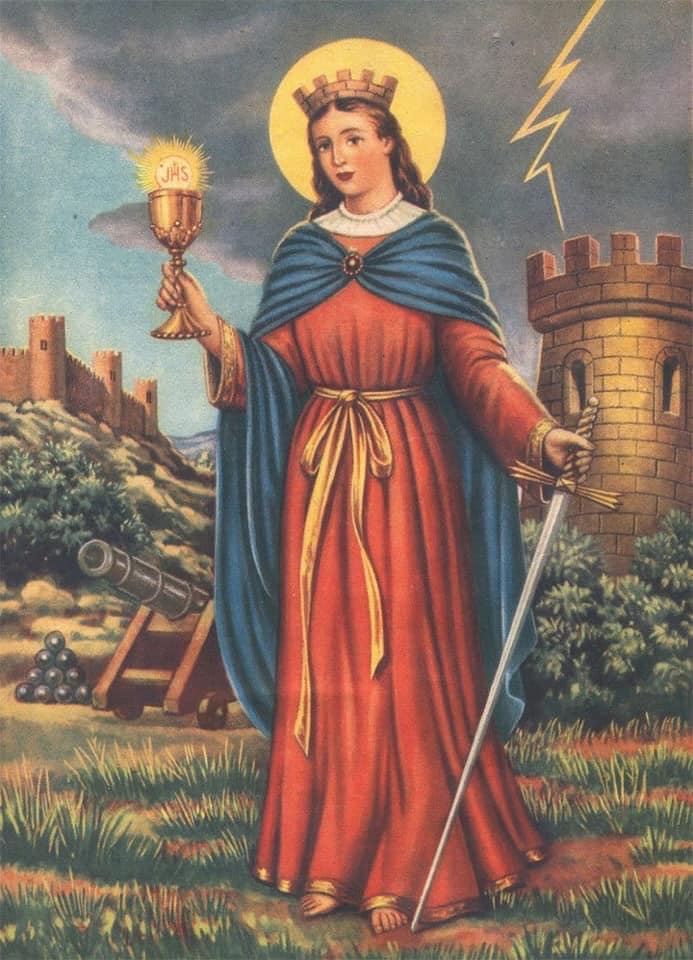 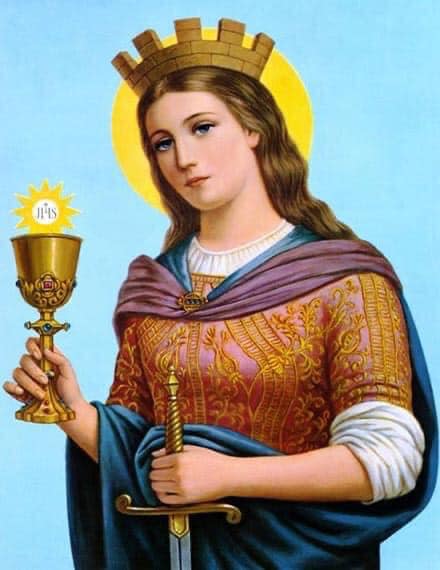