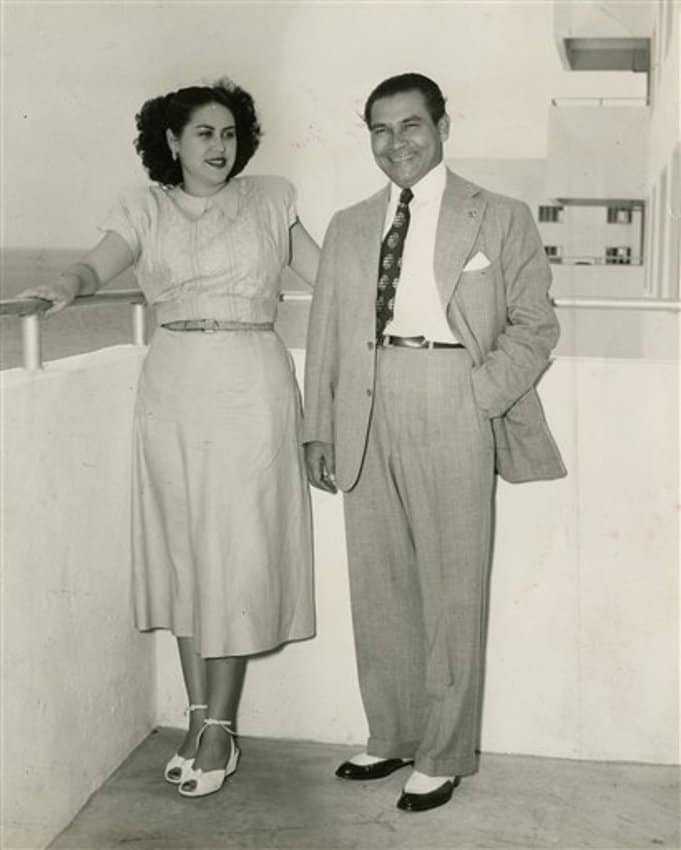 La mujer de Batista y el Cristo de La Habana. 🇨🇺💰✝️💵💸🛫 Marta Fernández Miranda, hija de los emigrantes gallegos Ramiro Fernández Ledo, ambos de Lugo paseaba una mañana primaveral de 1943 por Marianao cuando un carro elegante que circulaba a mucha velocidad, la impactó. El carro se detuvo y sus ocupantes la auxiliaron, la llevaron al hospital y su propietario se encargó de los gastos médicos y tratamiento y se interesó a diario por su evolución. El automóvil era el del Presidente de la República, Fulgencio Batista, entonces del doble de la edad de Marta, que tenía veintidós. Batista, casado y con tres hijos, se enamoró de la mujer que el destino había puesto en su camino y dos años más… More
🇨🇺💰✝️💵💸🛫 Marta Fern ánndez Miranda, daughter of Galician immigrants Ramiro Fern ánndez Ledo, both from Lugo walked a spring morning in 1943 through Marianao when an elegant car circulating at a very speed, hit her. The carriage stopped and her occupants assisted her, took her to the hospital and her owner took care of medical expenses and treatment and was interested daily in their evolution. The car was that of President of the Republic, Fulgencio Batista, then twice the age of Martha, who was twenty-two. Batista, married and with three children, fell in love with the woman fate had put her way and two years later married her. Batista was very humble social extraction, a tough and primitive man who had a natural intelligence he knew how to take advantage of and effort was acquiring culture, Martha had a person who influenced his development as a person. Marta was patron of the Cuban arts, built the National Gallery, now National Museum of Fine Arts and created the National Organization of Children’s Dispensaries (ONDI) and the Rehabilitation of Invalids (ORDI) that erected children’s hospitals and invalids from Havana and Bayamo and promoted the creation of popular eaters. He in turn collaborated on success in several of the hundred companies Batista owned. Owned the Bank of Commercial Fomento 50 % with Batista’s frontman, Perez Benitoa, owned 80 % of Bank hispanic Cubano and most shares in Agricola Defense, a sugar company of Las Villas that it used to three thousand people, had ten cavalry from land of its own and grinded eighteen million cane rice per year. However, Martha was not only wife, but accessory and advisor to Batista, who told her that the March 1952 coup d ‘ etat had been a mistake. Marta was very religious and from the attack on the Presidential Palace on March 13, 1957 by the members of the Revolutionary Directory, simultaneously with the station Radio Clock in which they announced the death of the dictator Batista and call the insurrection, she made a promise to thank God for saving her husband’s life. Her religiosity and love for Batista led her to erect the majestic Christ of Havana who, from the top of the Cabin Loma, is visible from anywhere in the city. The sculpture welcomes those who arrive in town through Habanera Bay and it looks like it blesses the city and has done so for more than half a century. And although many say it looks like the Christ of Corcovado in Rio de Janeiro in Brazil, it has very specificities of Cubans. Sculptor Jilma Madera was commissioned. the one who projected it twenty meters high, fifteen less than desired, but which was not in line with the low elevation of the hill where it would settle. The pieces were built in Italy, in Marble of Carrara, with one hand on the chest and the other on high blessing. It began mounting in September 1958 and concluded on December 25, 1958. one week away from the triumph of the revolution. With a base of three meters, its height rose to fifty-one meters above sea level and weighing six hundred tons, including sixty-seven pieces of marble weighing three hundred and twenty-two ton The Christ of Havana as the sculptor conceived, has empty eyes to give the impression that he looks at everyone from anywhere, his feet carry flip flops, identical to those that Jilma Madera shoved and at the base of the figure, the sculptor buried contemporary objects such as newspapers and coins. But it was not considered that the sculpture was in an elevated place and high, at an important height, and in 1961 a lightning strike struck and pierced her head, which could be repaired, but years later other downloads reached it , until they finally placed a lightning rod on him. The daughter of immigrants from Lugo opened her on December 25, 1958, six days before she was forced to flee Cuba. But regardless of its origin and religious significance, it is undoubtedly one of the most shocking works we can find in the capital, and as such it has been designated National Monument. (Taken from Memoirs of a Cuban) · 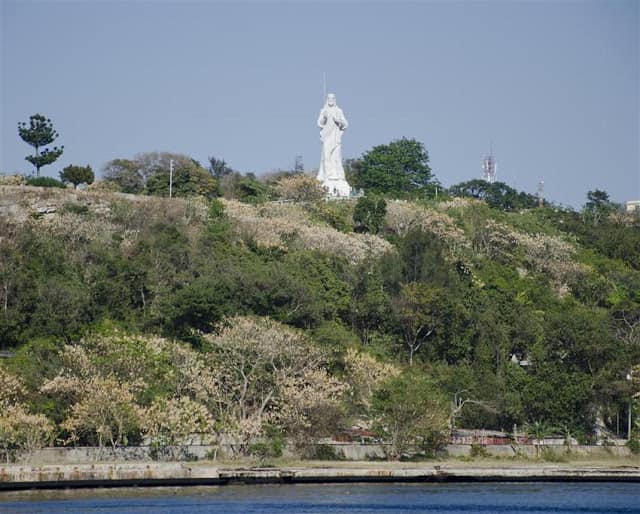 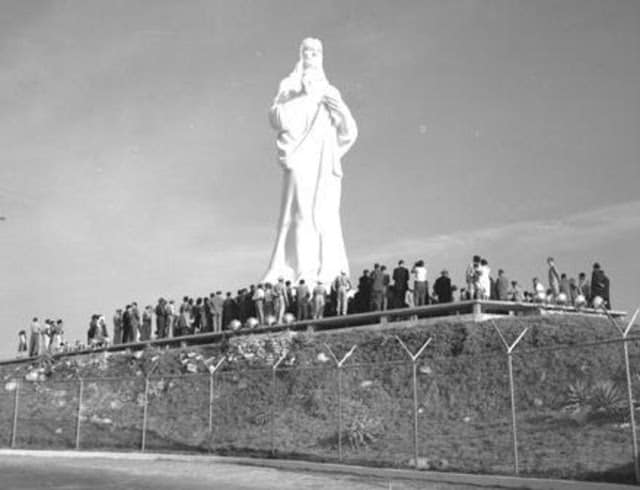 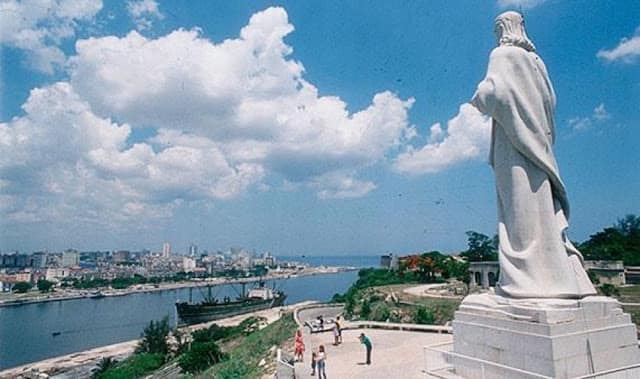 Another interesting piece of History and Engineering. The Fosca broke the 18 sto